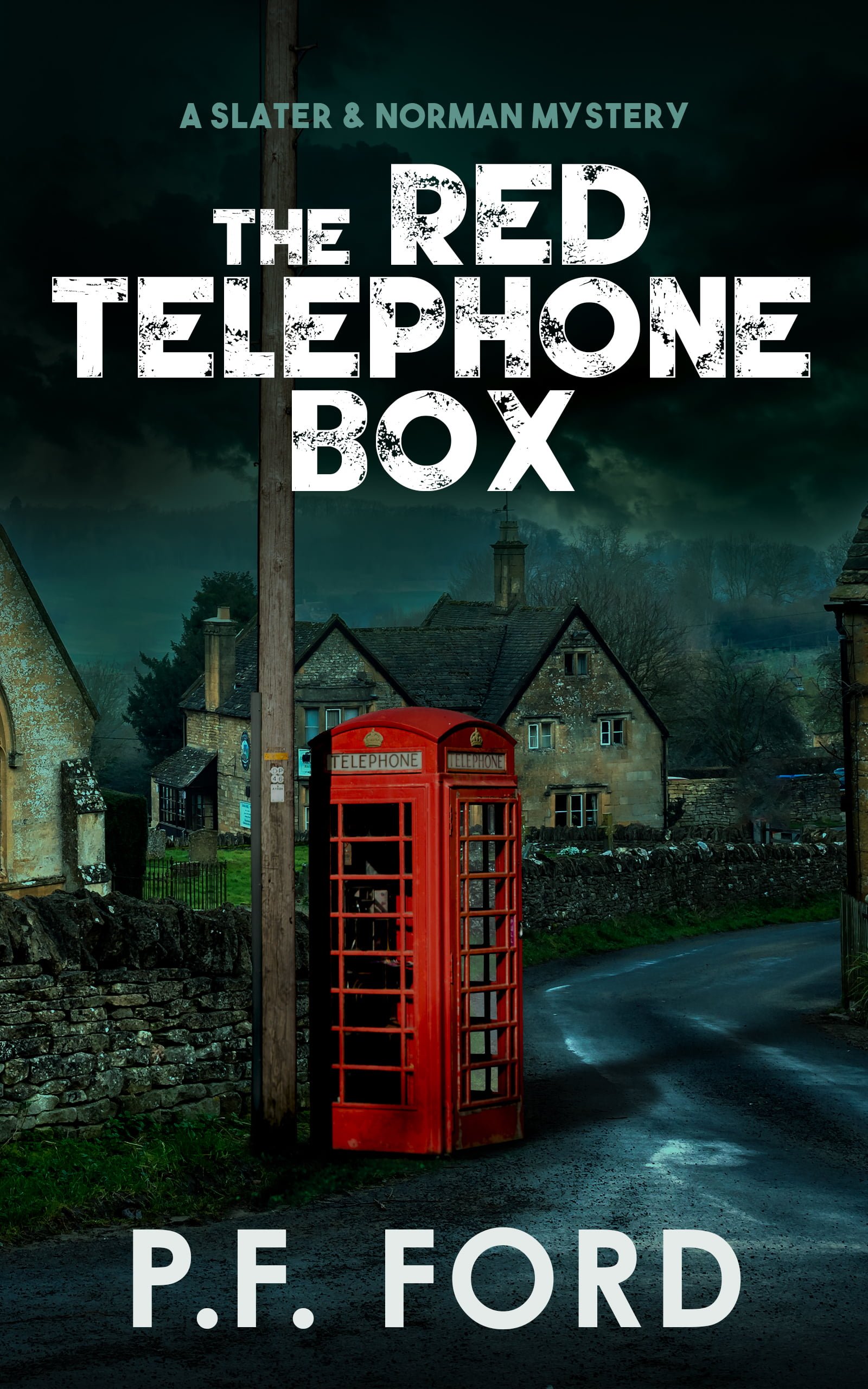 Doesn’t everyone dread a bad news phone call in the early hours?

It’s the middle of the night, and DS Dave Slater’s phone is ringing. The bad news is that the home of his friend and colleague, DS Norman Norman, is on fire, and there’s a frightening possibility to consider. His friend may be trapped inside the burning building!

Rushing to the scene, Slater discovers his colleague isn’t inside, but relief quickly turns to alarm when he realises there’s no sign of Norman and he’s not answering his phone. Minutes quickly stretch into hours and still there’s no sign.

Then, finally, a breakthrough. A man, possibly a Russian, was seen in the vicinity. But is this good news, or have things just gone from bad to worse?

Slater feels it’s now even more of a race against time. But as is so often the way, the more he hurries, the more he seems to find obstacles in the way.

And still the clock is ticking…

A thoroughly enjoyable mystery, peopled by likeable characters, and encompassing a mixture of arson, relationships and kidnapping. Exciting and highly entertaining.

Detective Sergeant Dave Slater’s heart pounded in his chest as he stared up at the block of flats in front of him. The flames licked and curled around the windows of one of the flats – and not just any old flat; it was DS Norman’s flat. As he stood, rooted to the spot, he heard the roar of the fire as it whooshed through the window, and saw the yellow flame and black smoke pouring from inside the building.

Slater felt helpless as around him, firefighters ran back and forth, carrying various types of complicated-looking equipment. Surely Norman couldn’t be in there, could he? Not Norman, with his crumpled shirts, his burgeoning belly, and his silly jokes. Slater refused to believe his friend was in that building – he was surely somewhere else, wasn’t he?

He thought about the situations he and Norman had found themselves in before. They had chased murderers, for heaven’s sake. Norman wouldn’t let something so dull as a house fire stop him in his tracks. But, as he tried furiously to think positively – wasn’t that what Norman always told him to do? – the logical side of his brain was nagging at him. It was the early hours of the morning; if Norman wasn’t inside, then where was he? He had tried calling, his fingers fumbling desperately over the keys, but there had been no answer. Norman didn’t have much of a social life, and he especially didn’t have one at half past three in the morning.

Just a couple of nights earlier they had been sitting chatting to each other across the table at their favourite Indian restaurant. Slater had been less talkative than usual, brooding slightly on the continual turmoil his personal life seemed to be in. That hadn’t mattered though – he and Norm had sat in companionable silence. They’d been friends long enough that sometimes conversation wasn’t necessary.

How could, just a couple of days later, Slater find himself staring up at Norman’s flat as the inferno raged, not knowing whether or not the man who had become his closest friend was trapped inside? He had to fight to control the absurd urge to race into the building himself; to climb the stairs and break down Norm’s door; to drag him from his bed if he was in there – which would be no mean feat, given Norman’s bulk – and haul him to safety. But all he could do was stand and watch. And wait.

It had been some time since detective sergeants Dave Slater and Norman Norman had spent an evening together, mainly because Slater had been preoccupied with his new relationship. Sadly, the gorgeous Cindy Maine had told him it was too difficult to adapt to the idea of sharing him with his job, and as a result, their relationship was currently on hold while they both took a step back and decided what they really wanted.

Slater hadn’t really been surprised when it all blew up in his face – Cindy wasn’t the first girl to find playing second fiddle to his job was too much to bear. She was currently travelling in an attempt to ‘find herself’. He was under no illusions as to what the outcome was likely to be, and he wasn’t expecting to see her again, except maybe to say goodbye.

This evening hadn’t been planned as a night out, but the two colleagues had ended up working late, they were both hungry, and neither had anything to rush home for, so it seemed only right they should pay a visit to their favourite Indian restaurant before they went home.

Before they had left the office, they had tossed a coin to decide who was driving. Unusually, Norman had won – but then he had recently dramatically increased his chances of doing so when he had figured out Slater kept a double-headed coin for such occasions. Norman had decided, as an appropriate punishment for Slater’s subterfuge, he should be bestowed the honour of driving, and consequently not drinking.

The food had been excellent as always, but Slater had felt downbeat, and he could tell Norman felt the same, too. There was no rift in their friendship, Slater just got the impression they were both preoccupied. For a few weeks now, Slater had sensed Norman had something on his mind – but he didn’t seem inclined to share what it was.

It was just ten o’clock when they settled the bill and made their way towards the car park at the back of the high street where they had left Slater’s car. As they turned the corner into the open car park, two figures could be seen across the far side, beating a hasty retreat.

‘Don’t you just love teenagers,’ Norman said. ‘Why don’t they seem to understand they’re always going to look suspicious if they’re seen running away, even when they’ve done nothing wrong?’

Most of the shops accepted deliveries at the back, and part of the car park had been allocated as an approach road for this purpose. The lighting wasn’t exactly brilliant along the back of the shops, but in the gloom a selection of industrial wheelie bins could just about be made out halfway down the access road. They had been pushed together for emptying next morning.

‘What’s that?’ asked Norman, pointing across to the bins.

‘What?’ Slater peered uncertainly into the gloom.

And then he saw what had attracted Norman’s eye. At first, it was just a quick lick of flame from the nearest bin, but then in a matter of seconds the bin seemed to become a roaring inferno.

‘Looks like that’s what they were running from.’ Slater started running towards the bins. ‘Those kids looked suspicious because they were.’

He sprinted across the car park towards the blazing bin. He could hear Norman shuffling along behind him at the fastest pace he could manage, which was only slightly faster than he could walk.

There was no way Slater was going to try to put the blazing bin out, but he thought maybe he could at least push it away from the others and stop the whole lot going up. The air was already thick with smoke from the burning plastic bin as he began to push at the side of it. Then, just as Norman wheezed his way onto the scene, he realised he was wasting his time.

Just as he said it, another bin began to send flames shooting up to the sky.

‘They’re on their way,’ said Norman a minute later as he ended his call. ‘So much for my early night. I’d better call it in and ask everyone to keep an eye open for two teenage fire-starters.’

‘There’s not really much we can do here,’ said Slater, as Norman waited for his call to be answered. ‘But I suppose we’d better wait until the fire service guys get here and tell ‘em what we know.’

‘Yo, Sandy,’ Norman called into his phone. ‘It’s Norm. I need to report another one of those fires.’

Recently there had been an outbreak of small fires in and around the town. There had been nothing major so far, just a few litter bins, and two or three industrial wheelie bins. But both the police, and fire service, knew it was only a matter of time. The longer it went on without anyone being caught, the more likely they were to start experimenting with bigger targets. Between them, they needed to stop it before it became serious.

The official line was that the police had no leads, but in reality everyone knew it was bored teenagers who had, so far, evaded capture. However, until they could actually produce concrete evidence to back it up, they were forbidden from mentioning teenagers for fear of driving a wedge between them and the police. 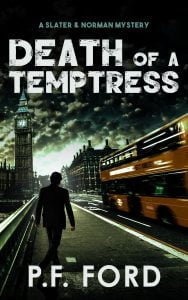 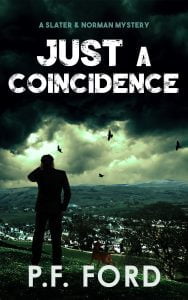 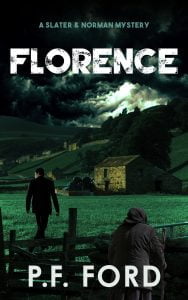 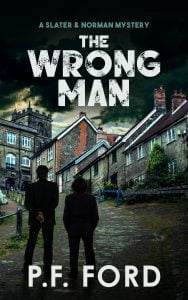 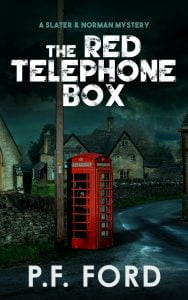 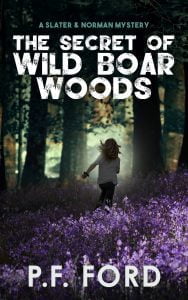 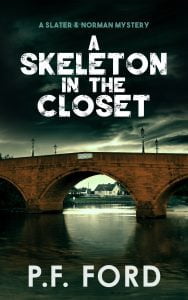 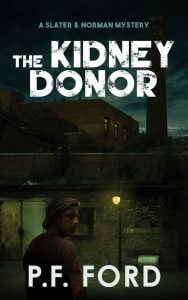 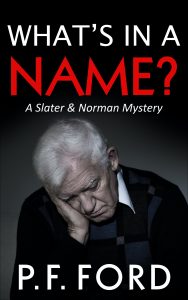 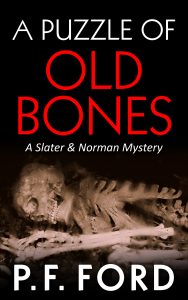 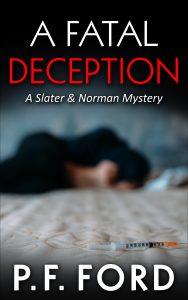 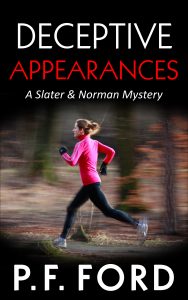 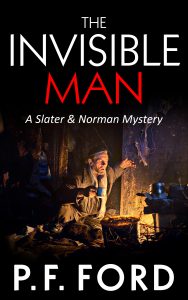